The Northern Lights or Aurora Borealis as they are also known are a spectacular natural phenomenon resulting from electrically charged particles from the sun colliding with oxygen particles in our atmosphere appearing as dancing lights high in the sky and are usually green, but occasionally also purple, red, pink, orange and blue. If you are lucky enough you can see the whole rainbow of colours. The best time to see the Northern Lights would be in the darkest months of the year which would be from October to the end of March. 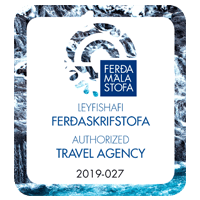